David Lammy, Labour MP for Tottenham and Secretary of State for Justice, espouses that the murder of George Floyd at the hands of American police revived a sense of urgency for the Black Lives Matter movement  – and for the world, but highlights colossal challenges ahead.

As one of Parliament’s most prominent and successful campaigners for social justice, David is no stranger to police brutality protests. His constituency Tottenham was where Mark Dungan’s murder took place, and its racial controversy led to the subsequent 2011 England Riots – the most severe bout of civil unrest in a generation.

‘Having been stopped and searched in a hoodie before myself, I know that distrust of black men in hoodies is endemic in the UK. And the distrust that ignites violence towards young black men is the same distrust that criminalises them,’ said David, who is now Labour’s Secretary of State for Justice, ‘You are nearly nine times more likely to be stopped and searched if you are black than if you are white, despite the fact that drugs are less likely to be found.’

FSB students have discussed, in detail, racial profiling and knife crime concerns with Senior Police staff inside Scotland Yard. Although there are exceptional endeavours to tackle racism, the Justice Secretary says: ‘As we speak, there will be young, white middle-class men smoking a joint or having cocaine delivered to their dinner parties, but the police will be nowhere in sight. In fact – if you rang the police, they would think you were wasting their time. What about a young black boy in a hoodie, in an alleyway not too far from his mother’s flat? I’m afraid that he won’t be so lucky. That’s the black boys who have become articles of violence. This is particularly true in the context of rising knife crime, which is widely framed as black men killing each other.’

David led the effectual and widely praised campaign for Windrush British citizens to be granted British citizenship and set up a specialist Commonwealth Taskforce and established a compensation scheme.

Back in January 2016, the then Prime Minister David Cameron asked David to lead an independent review into the treatment of, and outcomes for, Black, Asian and Minority Ethnic individuals in our criminal justice system. The infamous Lammy Review was published in September 2017 and included 35 wide-ranging policy recommendations for Government and the criminal justice sector.

Speaking on the public consciousness of ‘thugs’, David said: ‘The media uses the hoodie as a means of dressing up boys’ blackness, or rather a particular idea of what blackness means: disorder, threat and crime. As such, although black people choose what to wear, society chooses how they dress: as an unruly brute. The image of a black guy in a hoodie as a violent thug has permeated our public consciousness.’

‘You know you are talking with someone iconic, impassioned and irreplaceable when it comes to the subject of dismantling racism,’ said Mohammed Zaidi, FSB’s Deputy CEO, ‘There has never been a more critical time for our student and staff community to follow David’s work and reflect on his experiences he has shared with FSB.’

Patrick Unsby, FSB Business Student and The Mayor of Croydon’s Knife Crime Ambassador added: ‘I fully resonate with David’s inexcusable experiences. I wear clothes that I feel comfortable in but when I am in a suit and tie, I am perceived very differently to when I am in casual clothes. The people feeling the painful effects of racism are the first to call out to change it and bring about peaceful social unity and harmony.’ 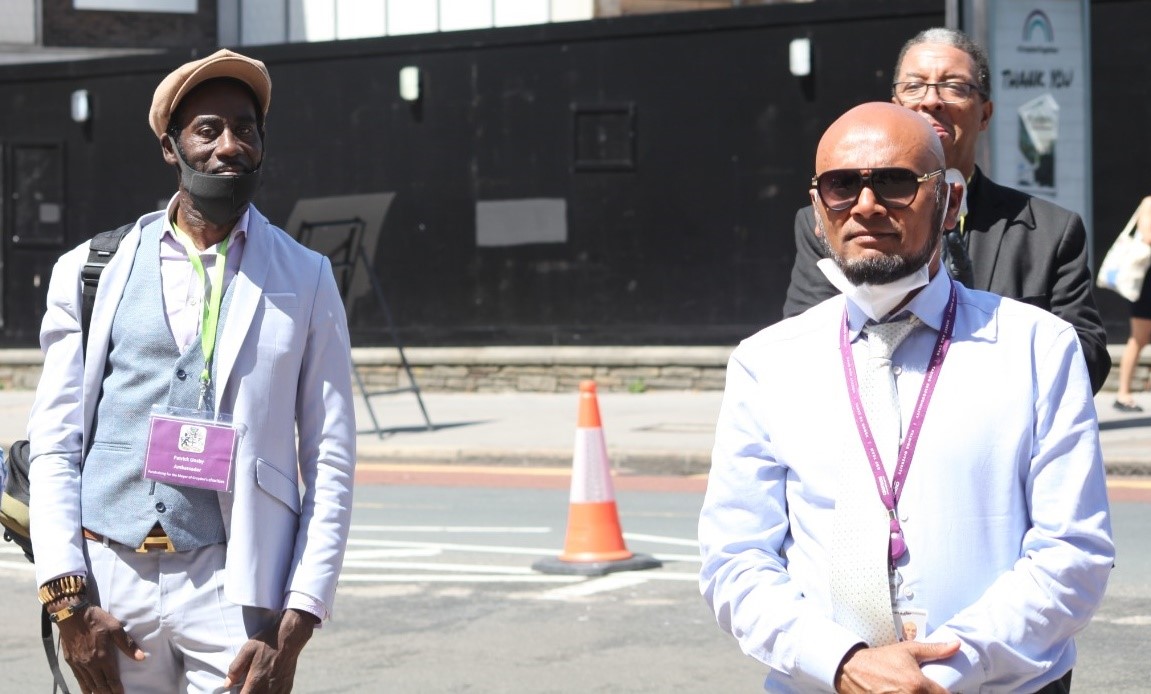 The Lammy Review – An independent review into the treatment of, and outcomes for Black, Asian and Minority Ethnic individuals in the criminal justice system: https://www.gov.uk/government/publications/lammy-review-final-report